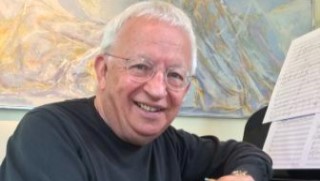 Edward Gregson (born 1945) is a composer of international standing whose music has been performed, broadcast, and recorded worldwide. He has written orchestral, chamber, instrumental and choral music, as well as music for the theatre, film, and television, and has completed commissions for orchestras such as the Royal Liverpool Philharmonic, the Bournemouth Symphony, the Hallé and the BBC Philharmonic. His major orchestral works include Music for Chamber Orchestra (1968), Metamorphoses (1979), Concerto for Orchestra (1983), Blazon (1991), and Dream Song (2010). However, it is his concertos for various instruments that form the backbone of his orchestral output: horn (1971), tuba (1976), trumpet (1983), trombone (1979), clarinet (1994), piano (1997), violin (2000), saxophone (2006), cello (2007), and flute (2013).


His recent music includes Triptych for solo violin (commissioned for the 2011 RNCM Manchester International Violin competition), Tributes for clarinet and piano (recorded by Michael Collins), Aztec Dances for flute or recorder and piano, Three John Donne Settings (commissioned for the National Youth Choir of Wales), as well as new versions of his Horn Concerto (for orchestra) and Trombone Concerto (for brass band). His first string quartet, commissioned for their centenary by the Manchester Midday Concerts, was premiered by the Navarra Quartet at Manchester's Bridgewater Hall in January 2105.


His music has been extensively recorded, and perhaps of special note is the ongoing series of orchestral music and concertos on the Chandos label, with volume 4, recorded by the BBC Philharmonic and Bramwell Tovey, being released in 2014. The disc includes his Horn Concerto (with Richard Watkins), Flute Concerto (with Wissam Boustany), Concerto for Orchestra, and Dream Song, a work commissioned by the BBC for the 2010 'Mahler in Manchester' festival.


His contribution to the brass and wind band repertoire has been of huge significance, with brass band works such as Connotations (1977), Dances and Arias (1984), The Trumpets of the Angels (2000), Symphony in two movements (2012) and Of Distant Memories (2013), receiving wide acclaim; whilst wind band works such as The Sword and the Crown (1991), and The Kings go Forth (1996) - symphonic suites derived from music he wrote for the Royal Shakespeare Company's history play productions in 1988-91 - have been performed and recorded worldwide.


Edward Gregson was a senior lecturer, Reader, and then Professor of Music at Goldsmiths College, University of London from 1976-96, and Principal of the Royal Northern College of Music in Manchester from 1996-2008. He holds honorary degrees and fellowships from a dozen English universities and conservatoires, and is a Companion and Emeritus Professor of the RNCM. He also sits on a number of Boards and Charities relating to music education and the music profession.