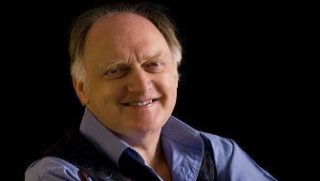 Bob retired from the BBC Philharmonic Orchestra in April 2017 after 40 glorious years (34 as Principal Second Violin).

He was inspired to take up the baton by the great German conductor Rudolf Kempe after being impressed by Kempe's stunning technique and ability to draw more from players than they ever though possible.

The craft of conducting has often been compared to that group of quasi-mystical practices that include alchemy, water devining and compiling self-assembly furniture instructions. Conductors themselves are often viewed as omnipotent practitioners of this most dark of arts, drawing forth sounds by means known only to the gods. To many orchestra players, however, they are often seen as vastly-overpaid chaps with a penchant for world domination.

Bob's conducting hero, Rudolf Kempe, was an exception - a great, great conductor, loved by orchestras all over the world. Working closely with him as concert master at the Institute for Advanced Musical Studies in Switzerland was what prompted Bob to delve himself into this murky world. Kempe's ability to draw from all musicians a quality often unknown to themselves, without recourse to threats, bullying or any other form of psychological warfare, was an inspiration.

Over the following 40 years, Bob has tried to keep faith with Kempe's credo: 'Music must be understood; music must be learned but above all else, must be loved'. Bob's overwhelming love for music and the wonderful musicians that make it, has provided the very foundation that has sustained his musical life so far.